2 species found on an aborted shore dive at Kings Beach Boat Ramp, Caloundra, Sunshine Coast.
Terry, Julie & David attempted this shore dive. From the shore conditions did not appear too bad but the combination of surge and extremely low visibility due to the heavy load of Asparagopsis weed suspended in the water column (probably broken off during the previous night's storm) made one of us quite nauseous so we exited the water after just 14 minutes.
Max. depth: 3.3m, Viz: 1.0m (where the weed load was least), 26C water temp.

The identity of the Spurilla braziliana led us upon a merry chase for sometime. The markings upon the notum are solid instead of the usual spotted outline, the tips of the cerata are not as tightly curved, the tail is longer and free of cerata and the diverticula extensions into the cerata not as distinct. Previously referred to as Spurilla neapolitana in Australia. There is ongoing international debate about the correct name. 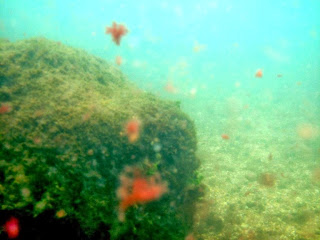 The substrate with surging weed in the water column 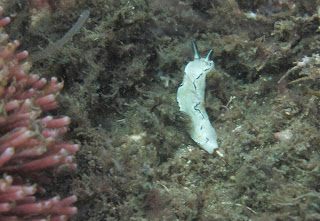 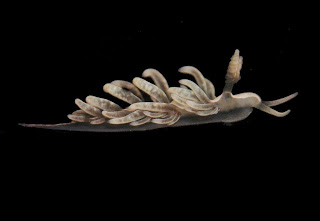 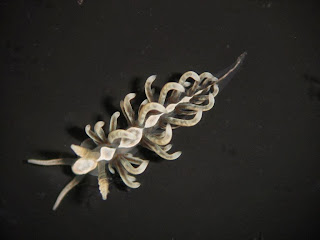 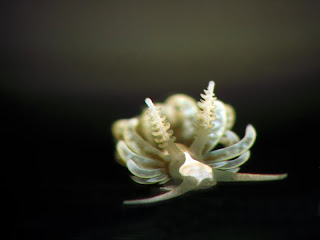 Posted by Nudibranch.com.au at 8:36 PM