An almost cloudless sky and reasonable water clarity gave us heaps of light on the substrate during this mid-afternoon dive. A number of species were found that are new to our list.

The Godiva is obviously a juvenile but bears many similarities to Godiva quadricolor. The exception is smooth rhinophores rather than the annulated ones we have always found on these specimens previously. This could just be an undeveloped juvenile feature.

Two species of Aplysiidae were found in the weed. Our best investigations at this point lead us to believe that one (10mm) is a species of Petalifera whilst the other (5mm) is a species of Phyllaplysia. An internal shell is visible in the later but being a juvenile this may not be of significance. In both cases we have opted for the safer choice and designated each as an sp. as the features do not seem to point to any particular species. (Additional pictures of these will be available to review when the website is updated next week.) The Aplysiidae are in dire need of a review with many authors giving conflicting views upon what belongs in each genus. To quote Rudman (Sea Slug Forum) on this: "How many species and genera there are has been the subject of a lengthy, and uninformative debate in the scientific literature."

An undescribed species of Favorinus was also found, being most unusual in the colour within the skin of its body and tail leading us to nickname it the "Glitter Critter". 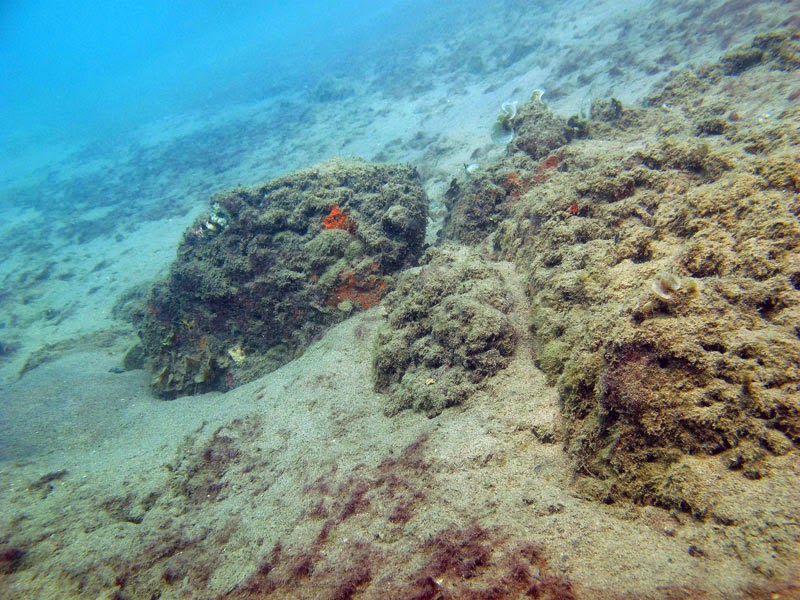 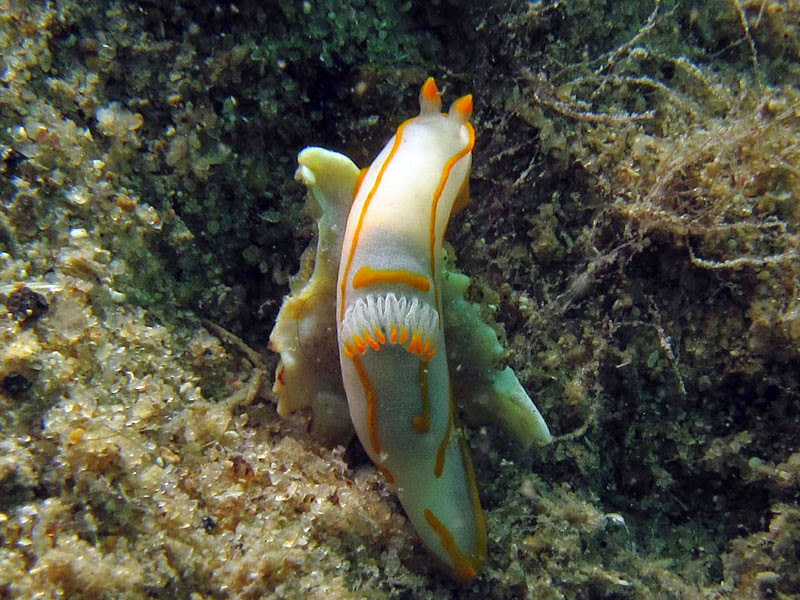 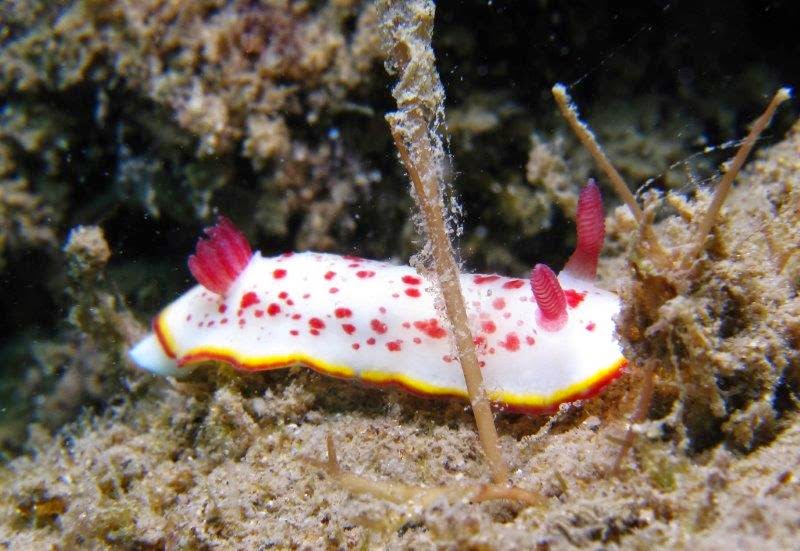 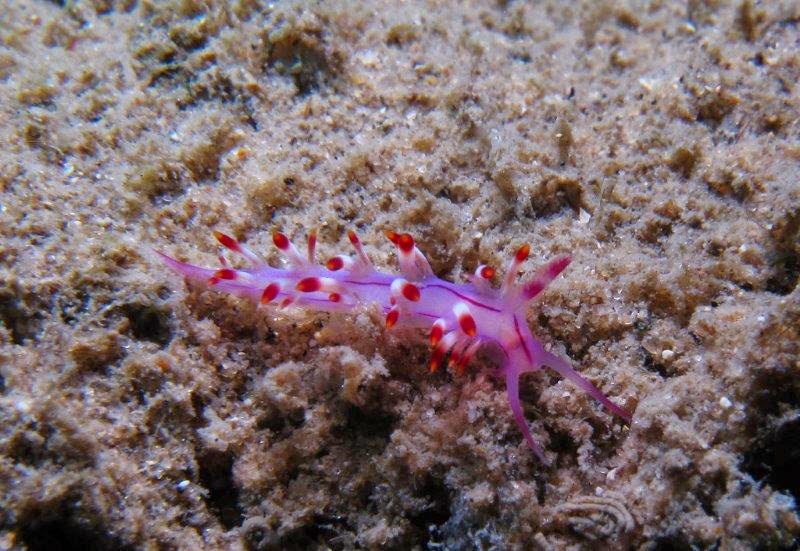 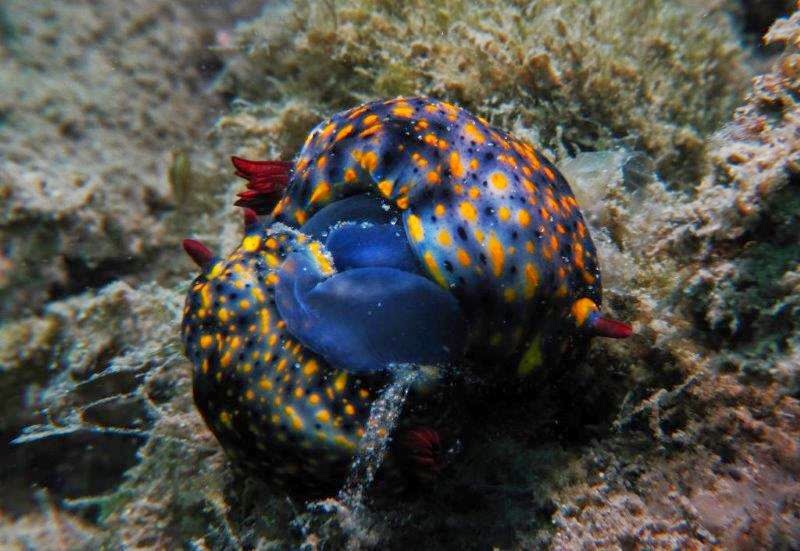 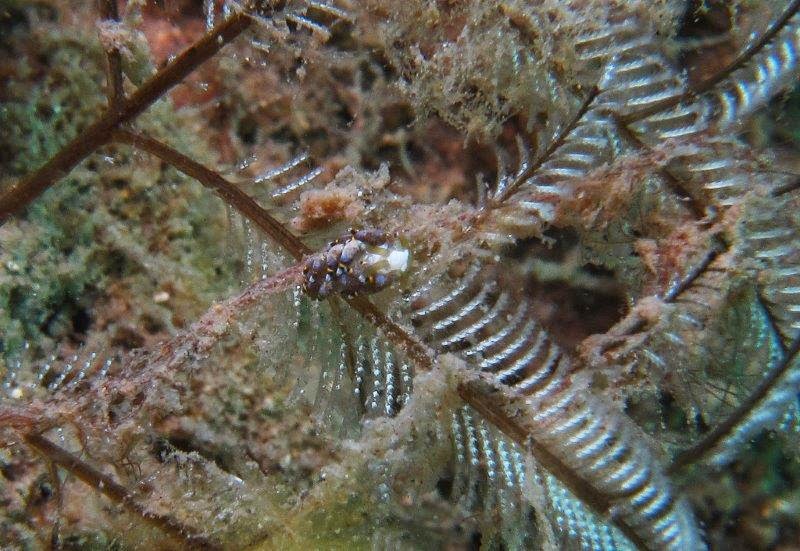 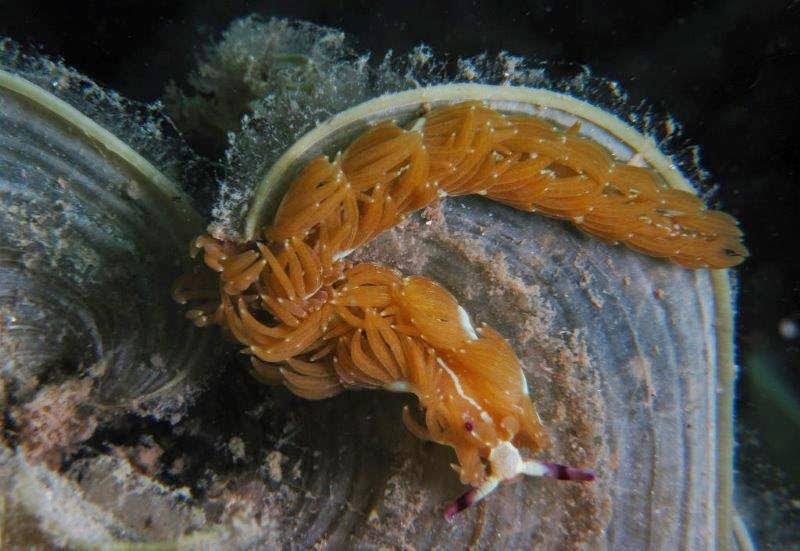 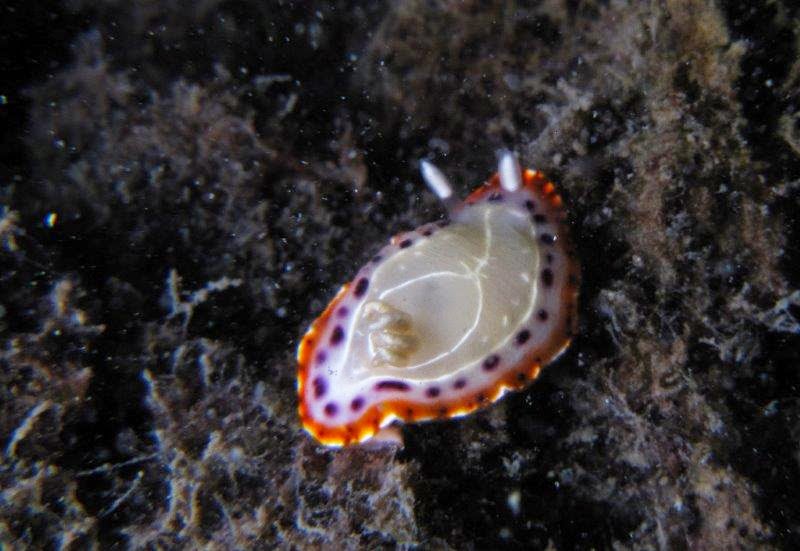 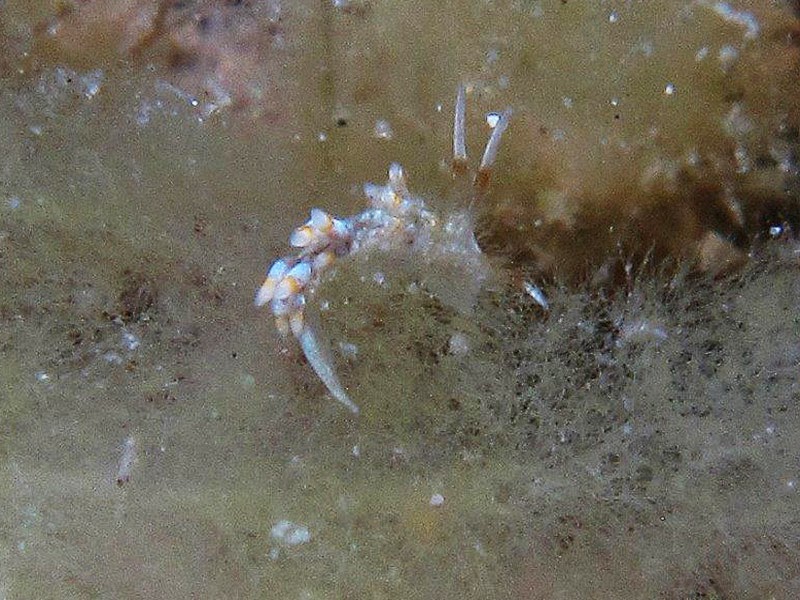 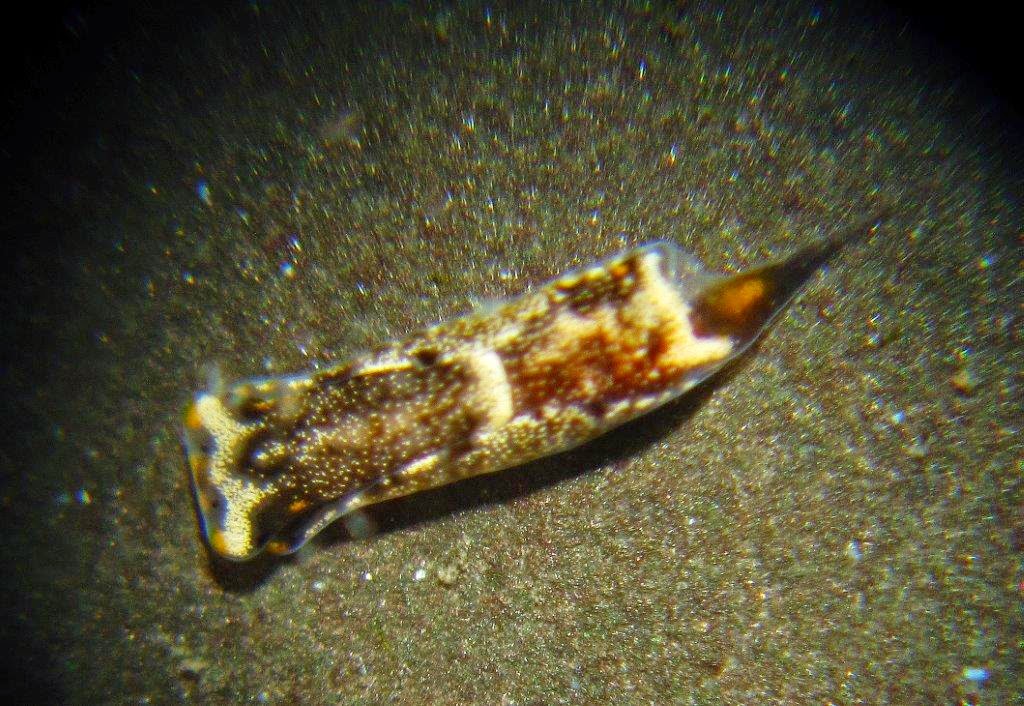 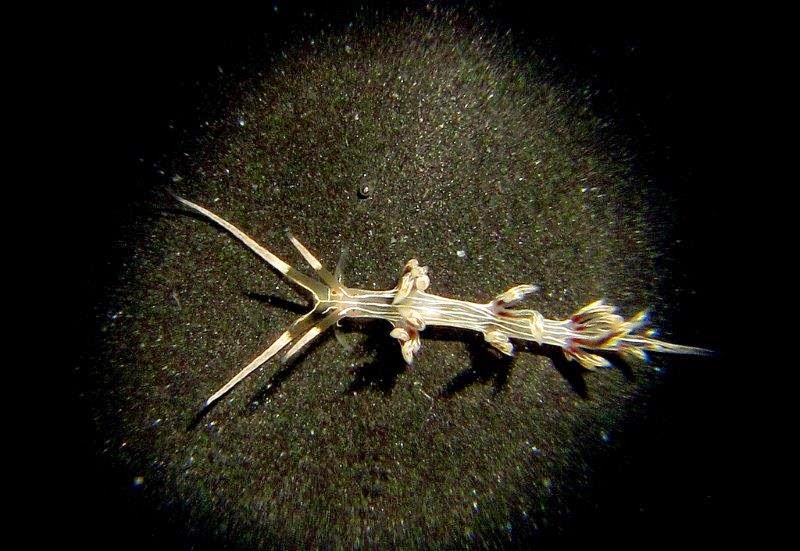 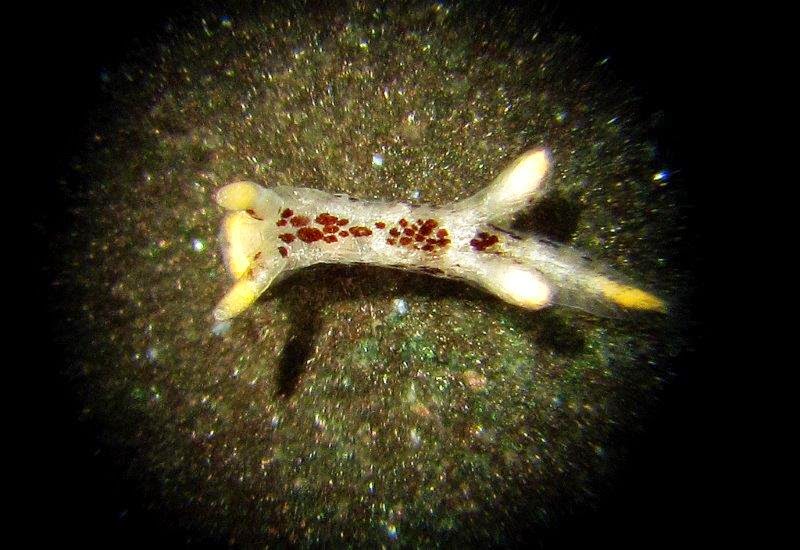 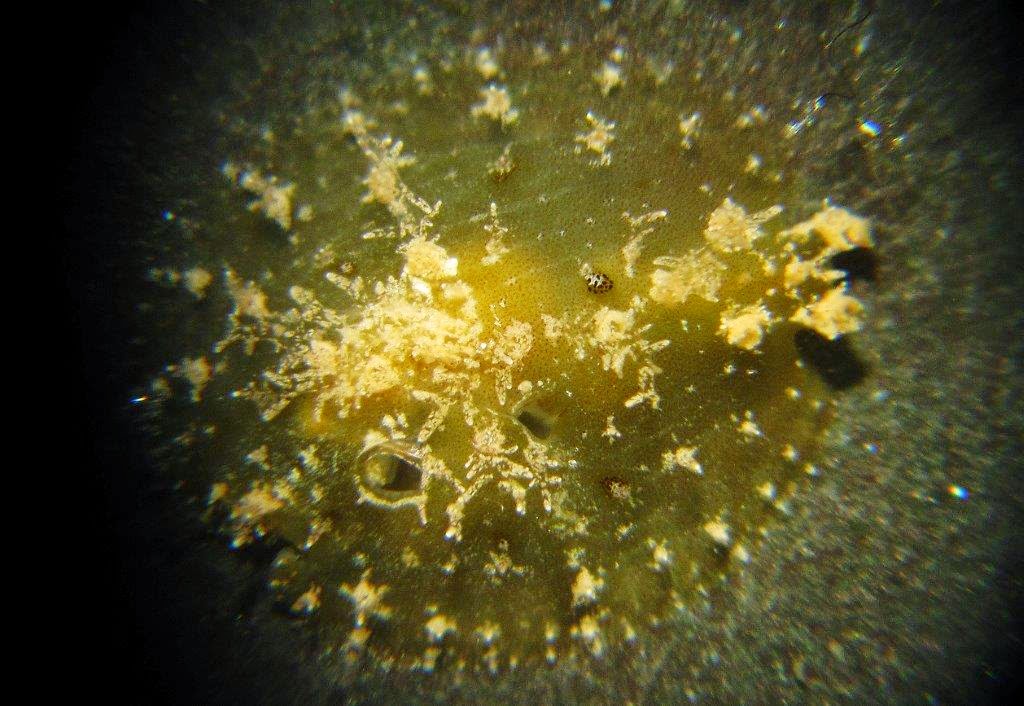 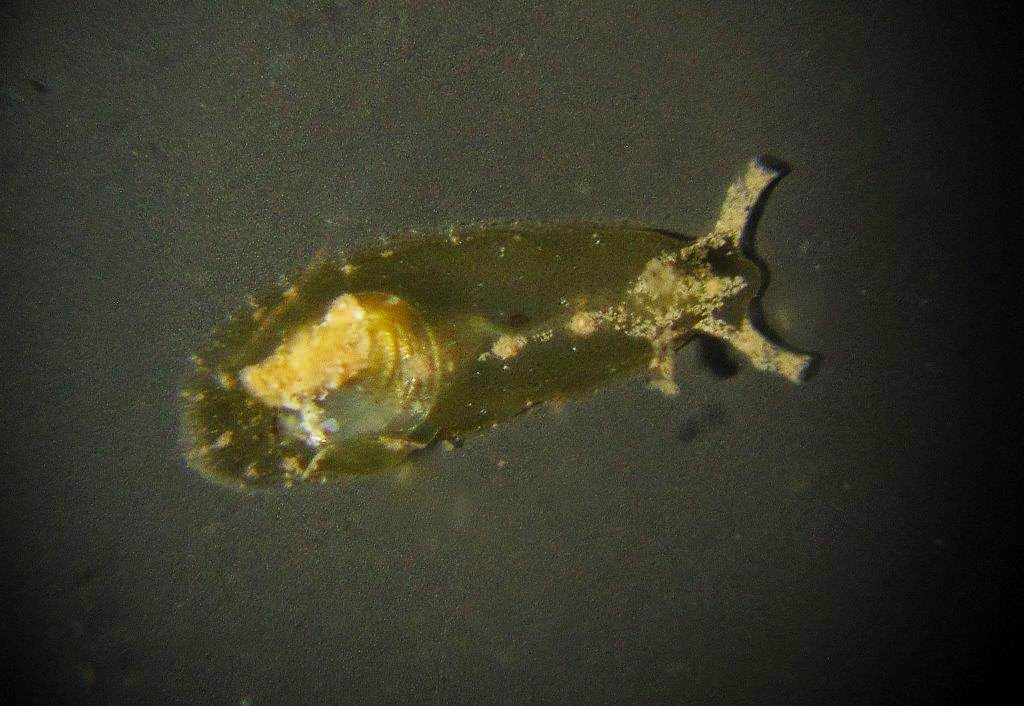 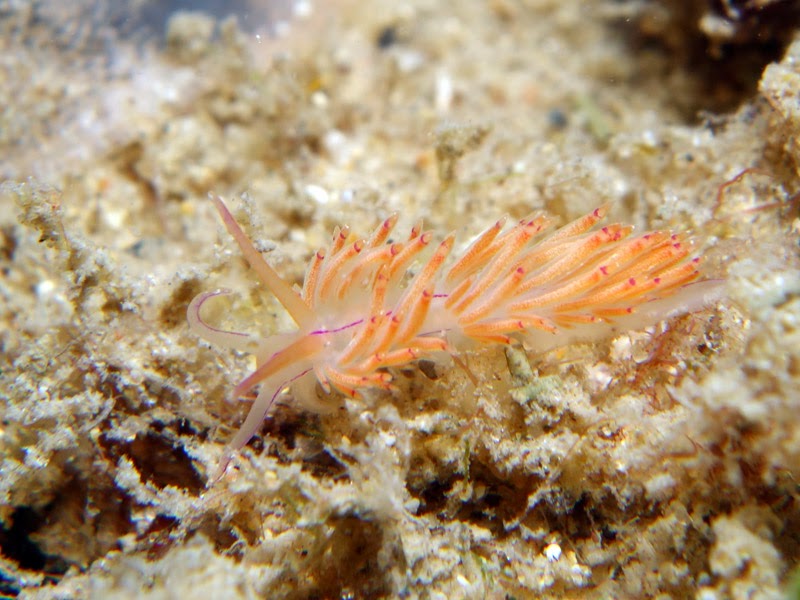 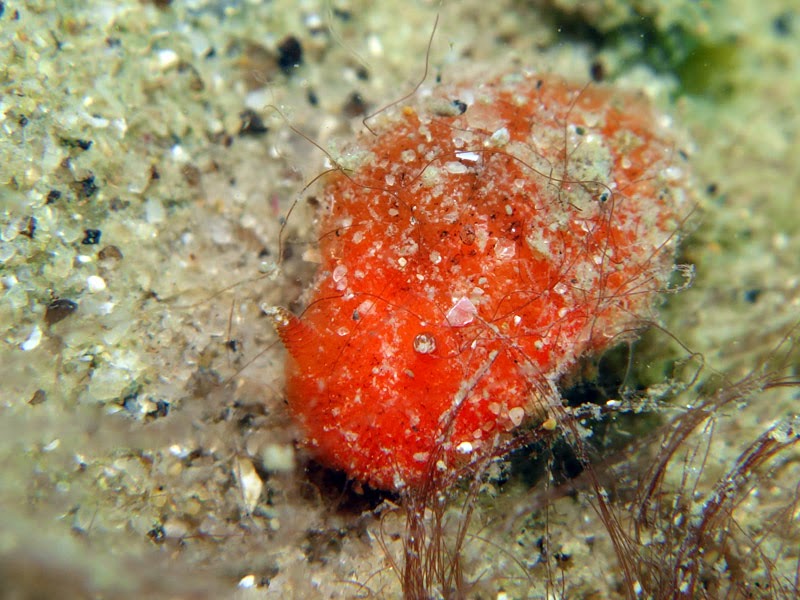 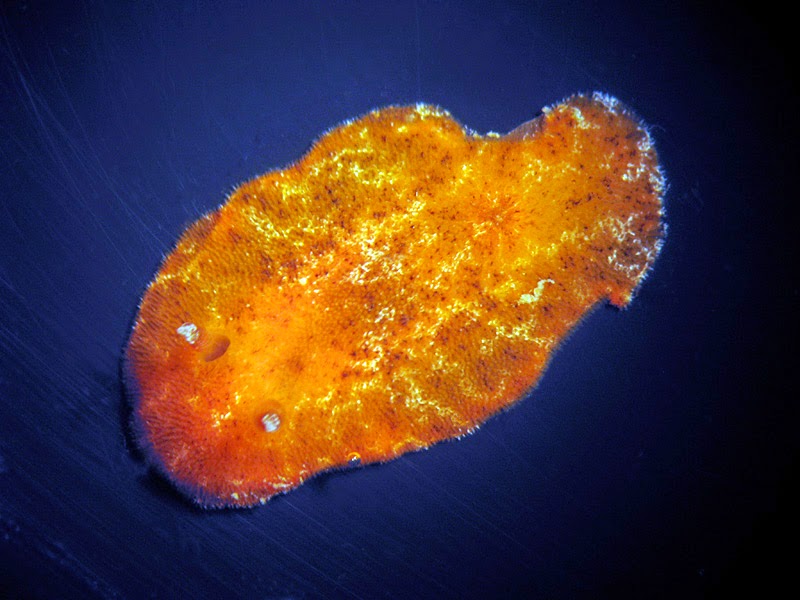 Rostanga sp. 1 - note bite mark
out of mantle by predator 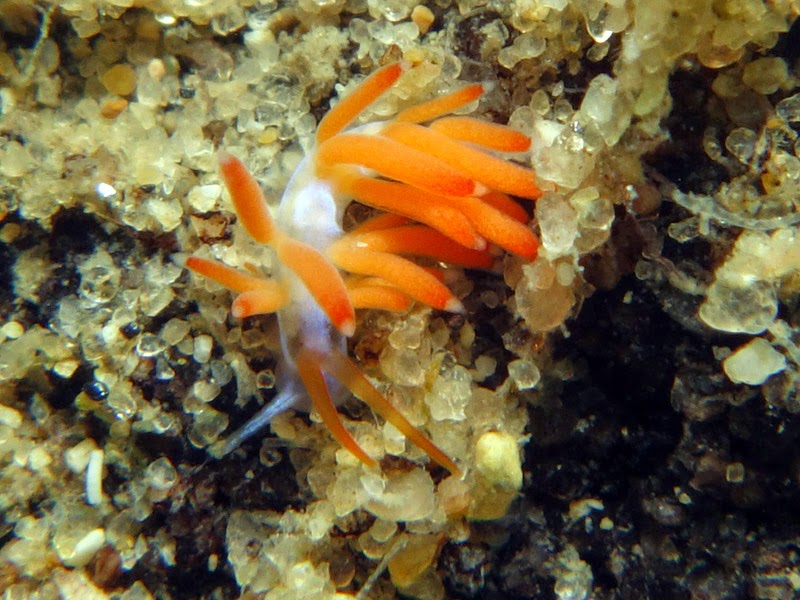 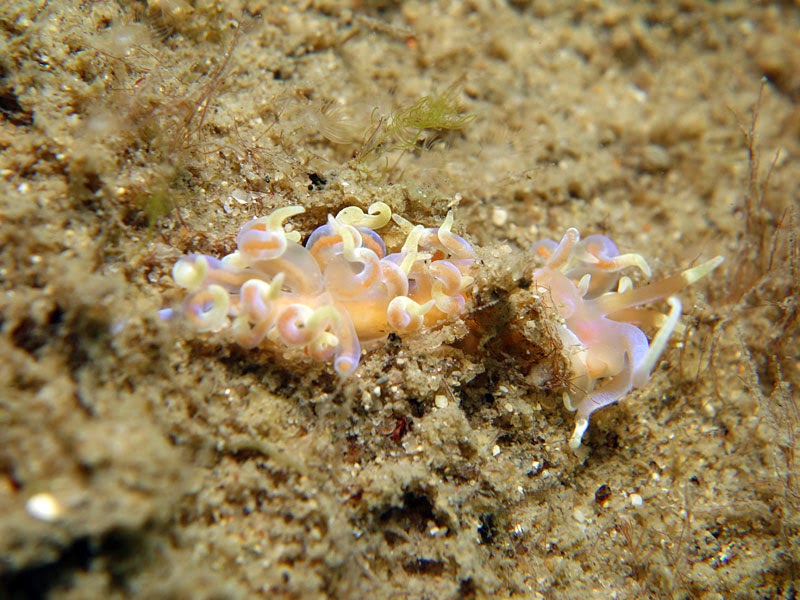 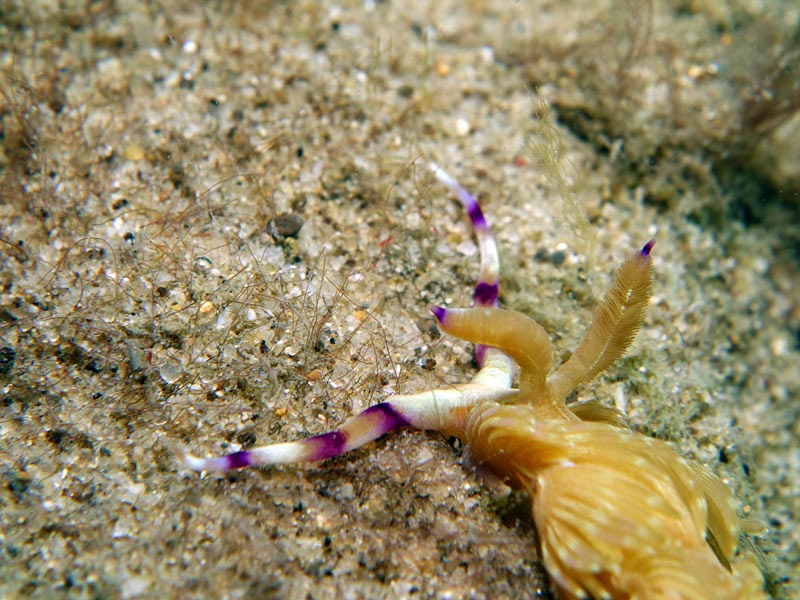 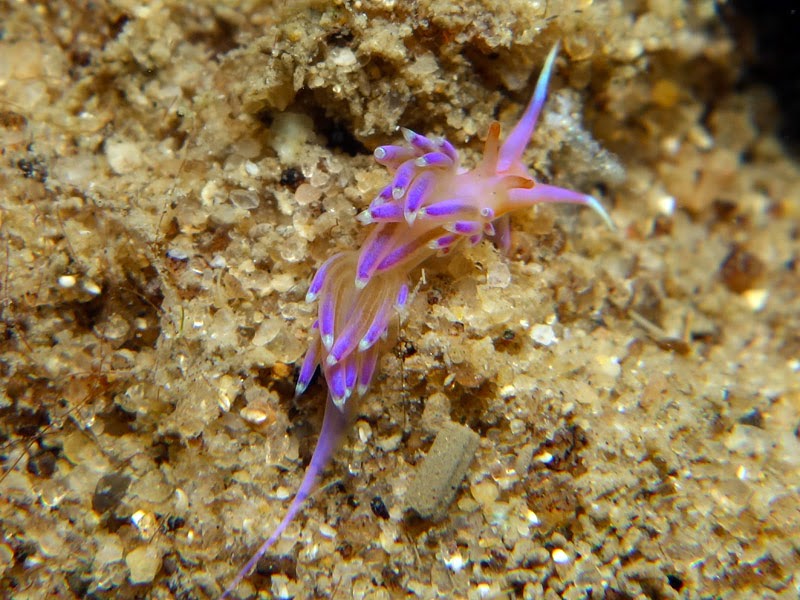 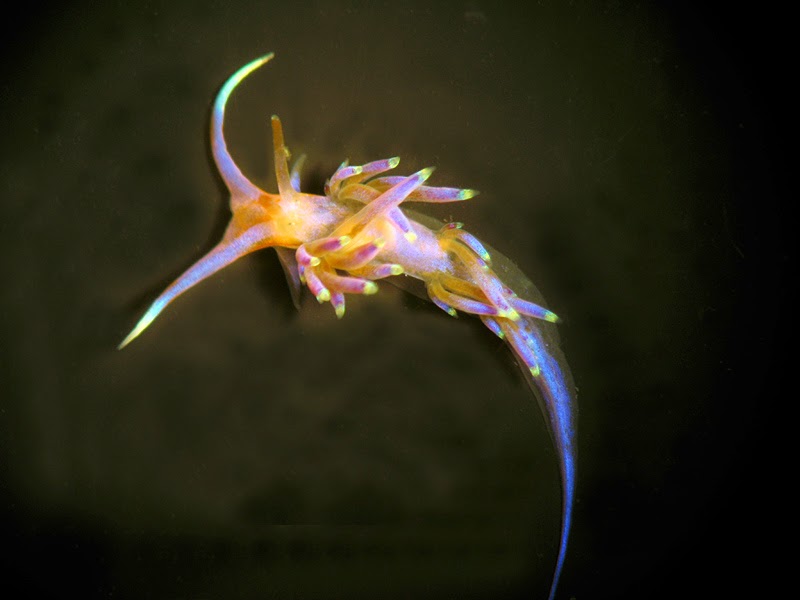 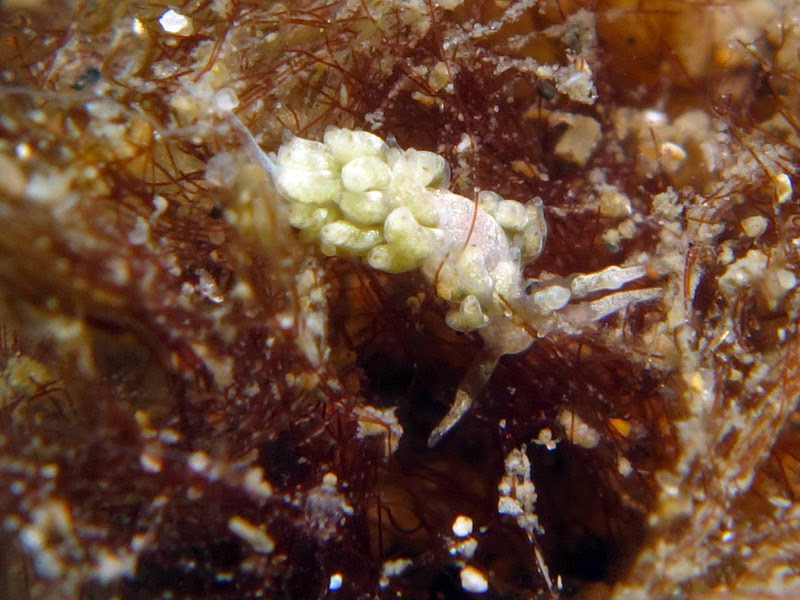 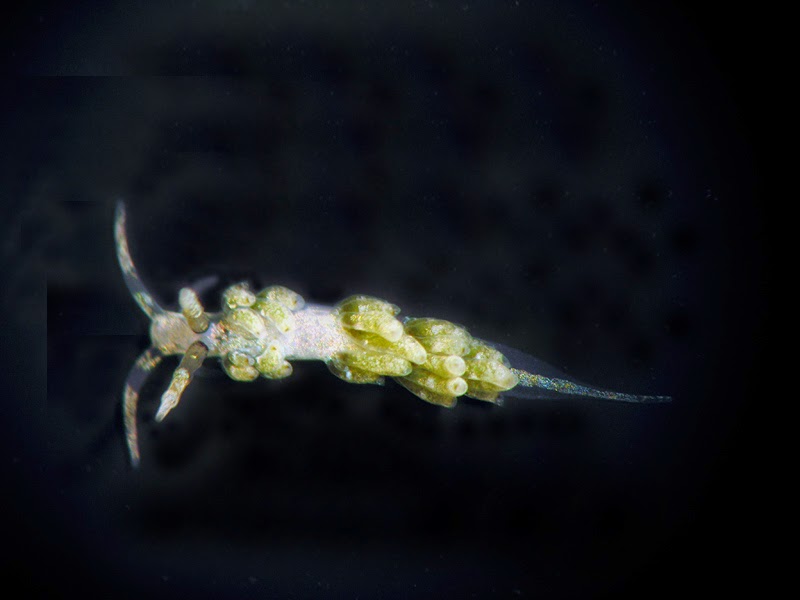 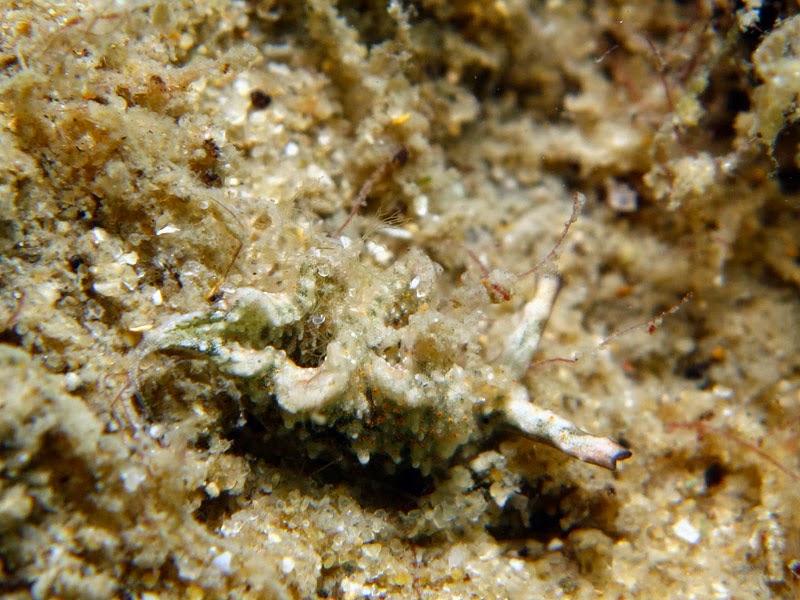 Elysia sp. 11- rhinophores rock
back and forth as it moves