Julie, Terry and David on this 115 minute single shore-entry dive in depths to 6.6m. 25C water temp and 5m viz.

An early morning dive. We are out of our dry suits now. A remarkable dive in that we found three specimens that we have decided to call sp.'s because we have not been able to match them sufficiently to existing species.

The small Siphopteron sp. 1 is a an exquisite headshield slug. At 2mm we have considered the possibility it may be a juvenile of Siphopteron tigrinum but some features are not similar so we will leave it separated at present.

We think there are a number of cryptic species currently lumped under Gymnodoris alba so we'll leave those alone for now because we are anticipating a paper being published soon on the Gymnodorididae and can hardly wait until then. However there was a definite discrete new species sighted on this dive - Gymnodoris sp. 9.

This brings us to the new Dermatobranchus. Dermatobranchus sp. 6 has distinct ridges (far more than described for D. rodmani) together with pink pustules on the mantle edge whilst in the second photo  a vivid red edge with submarginal yellow to the oral veil is shown. It is most similar to Dermatobranchus funiculus but does not match that description in its entirety.

We have decided to be wary of lumping together specimens with some similarities but also definite differences because by keeping them separate they will not be lost for future investigation. For far too long the term highly variable has been bandied about. Who is to know for sure which features are highly variable until precise examination has been undertaken. In fact, recent DNA investigations combined with a broader study of internal anatomy have found cryptic species among a number of species across the sea slug orders. 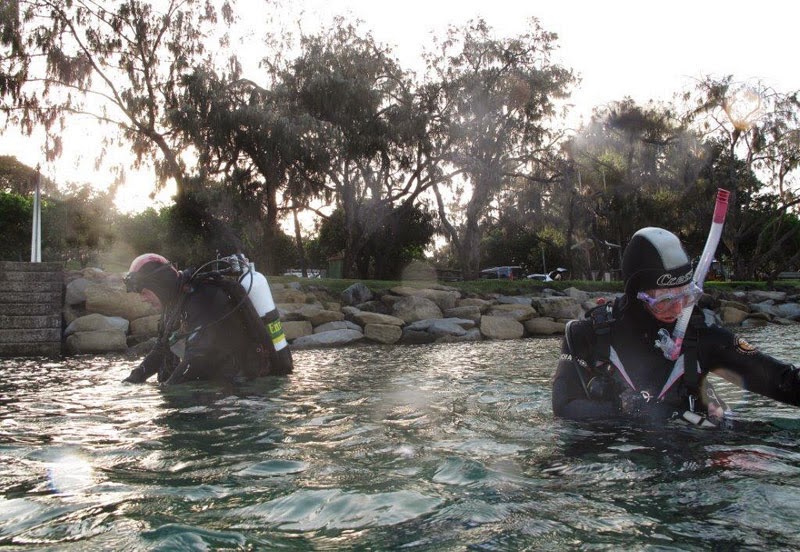 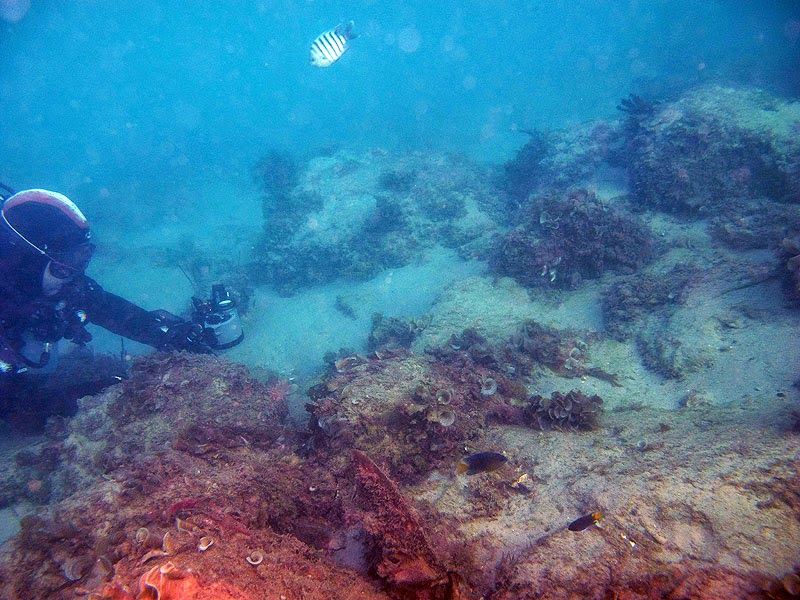 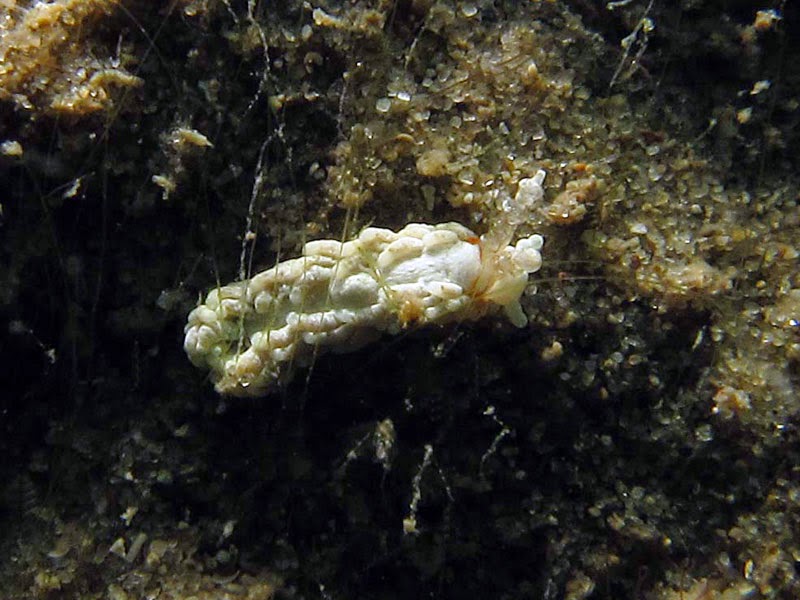 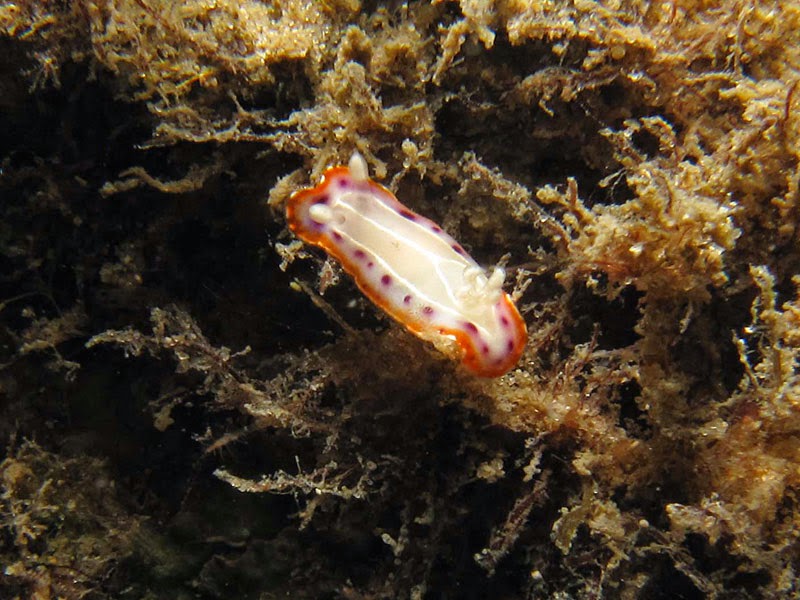 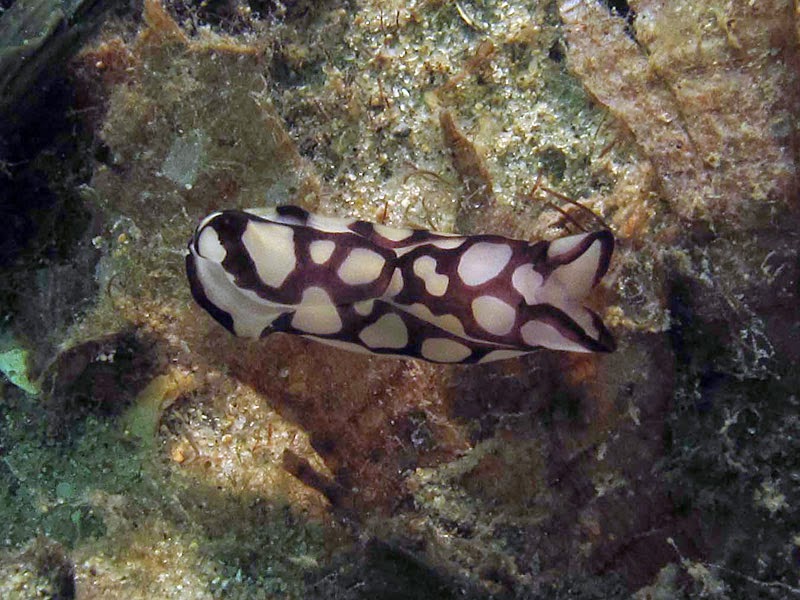 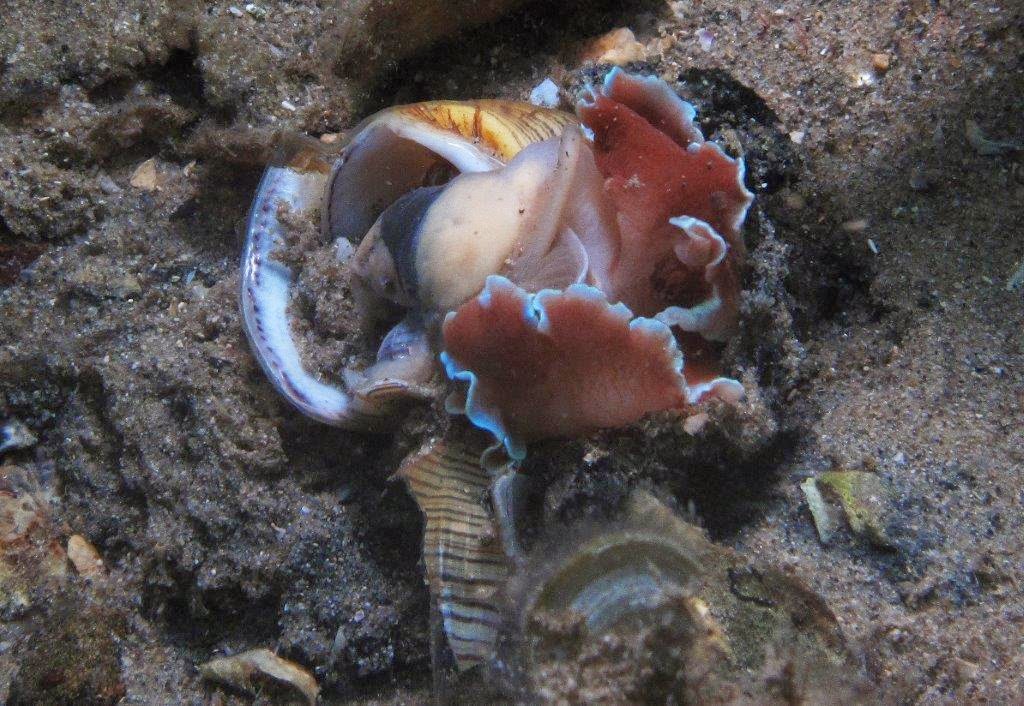 Hydatina physis - appears to have been
cracked open by a crab perhaps. 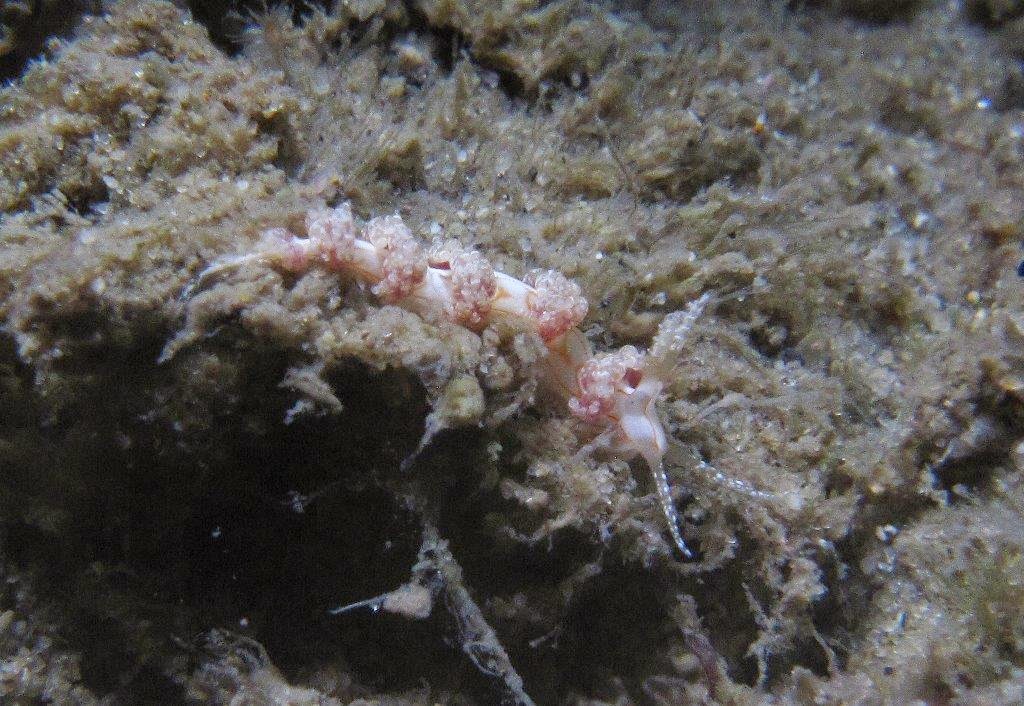 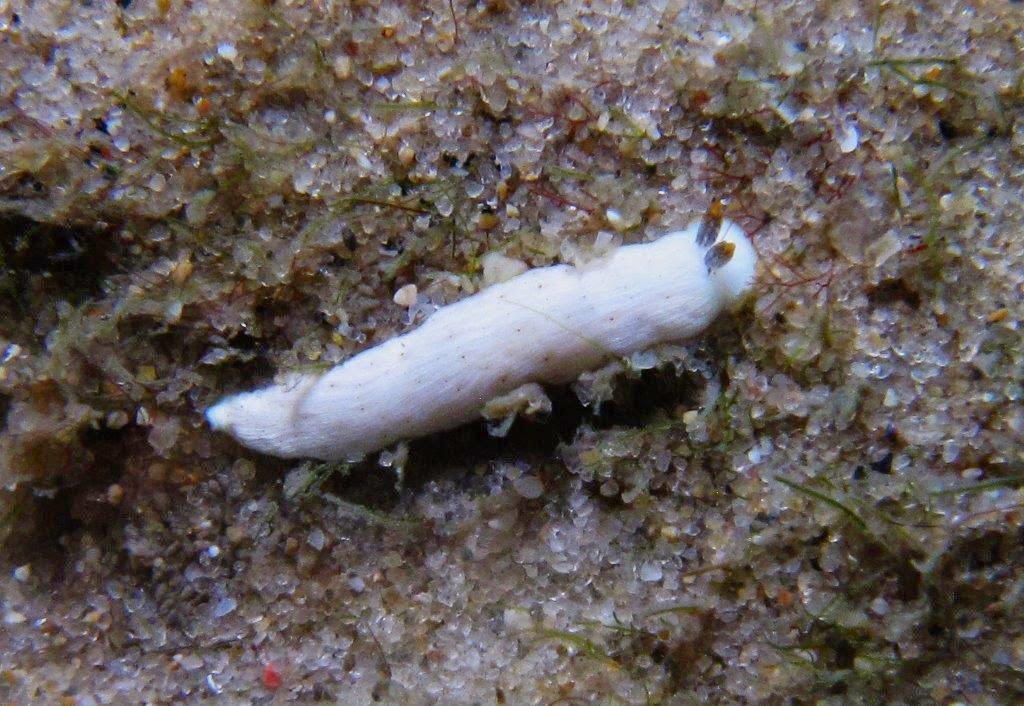 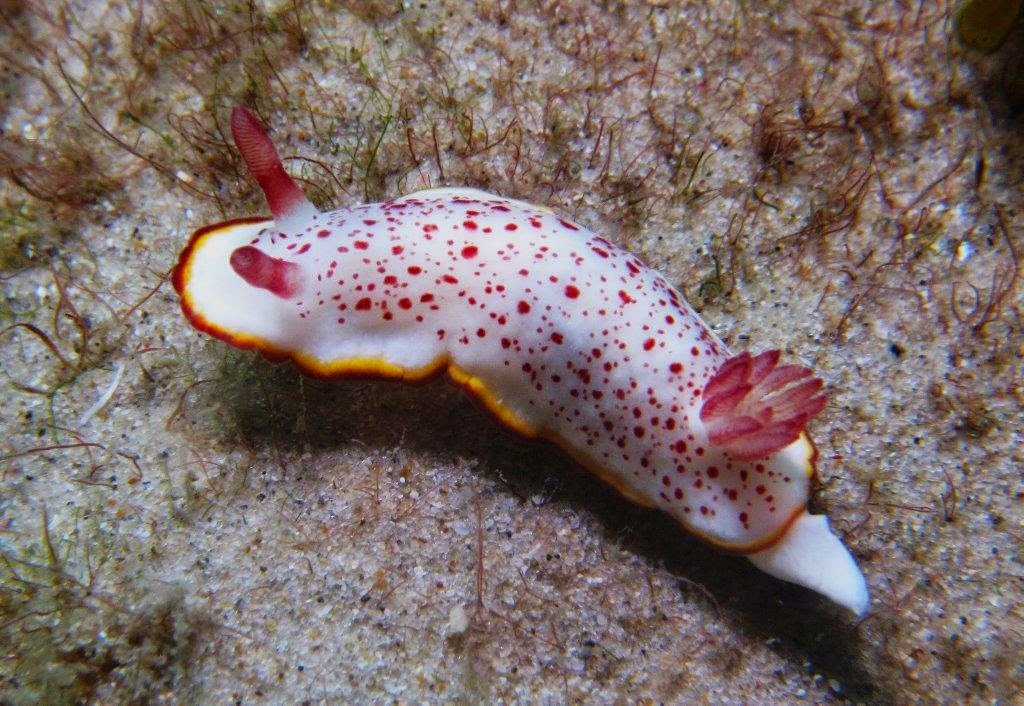 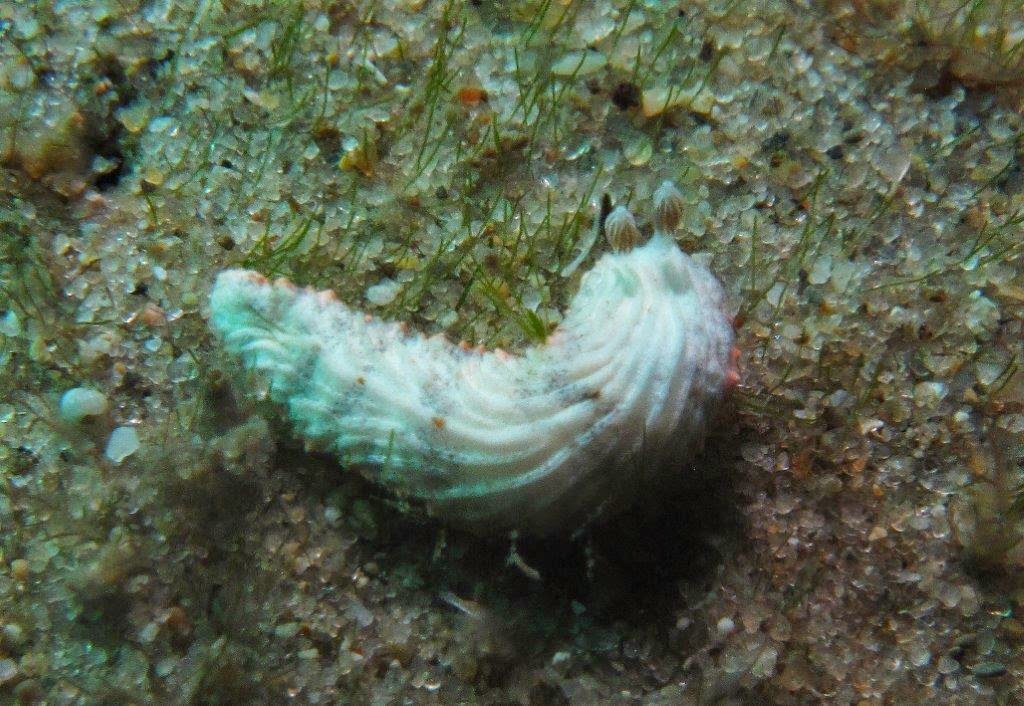 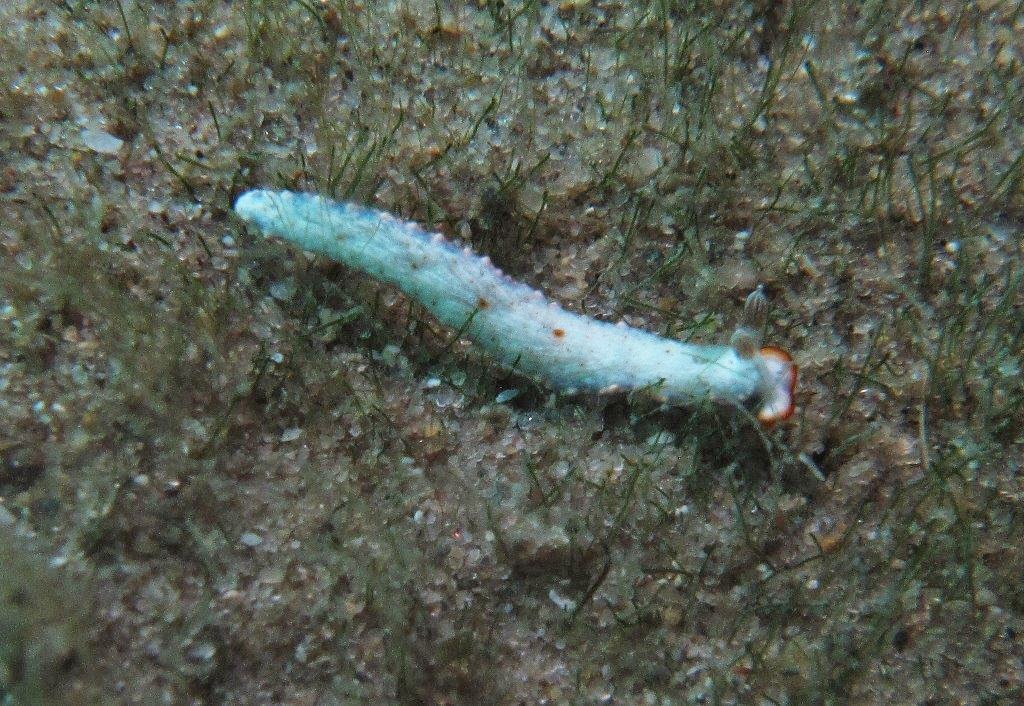 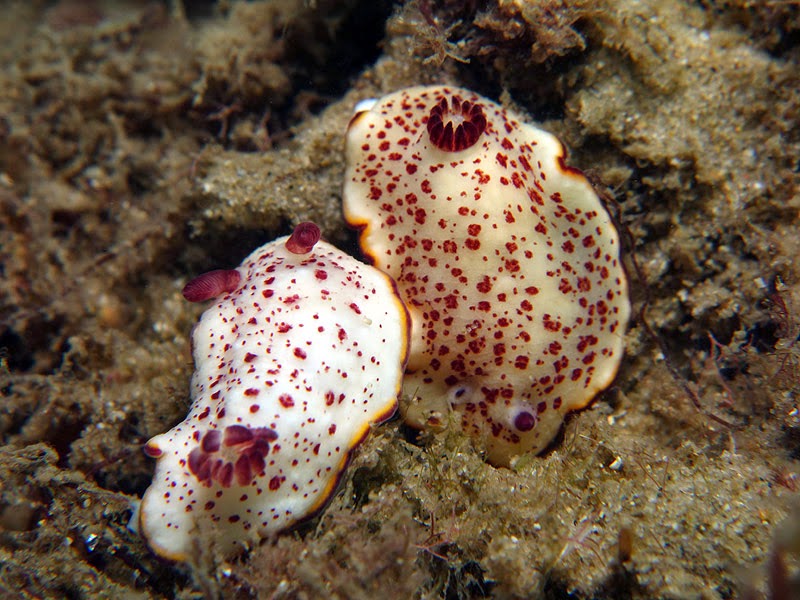 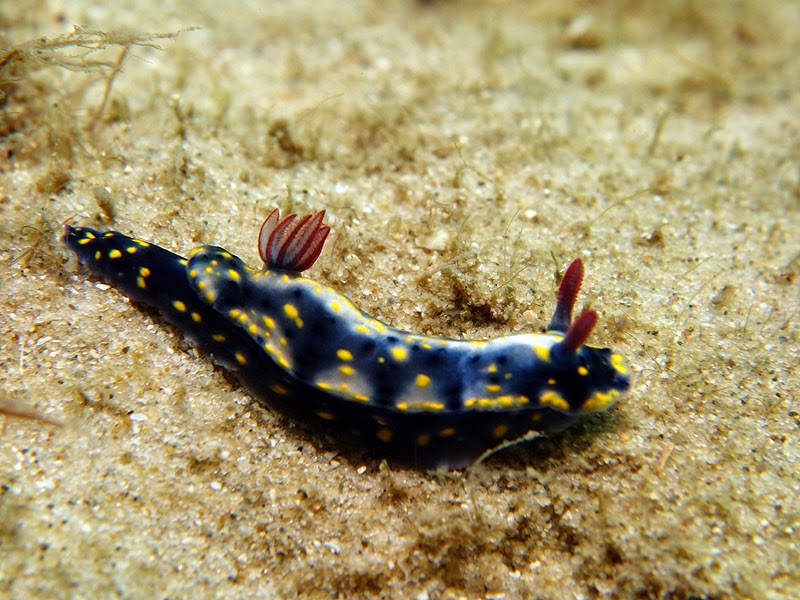 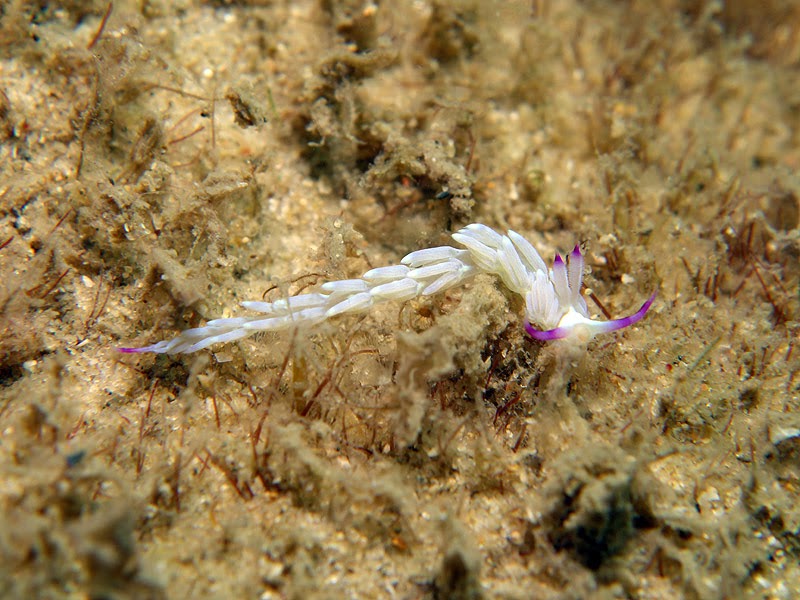 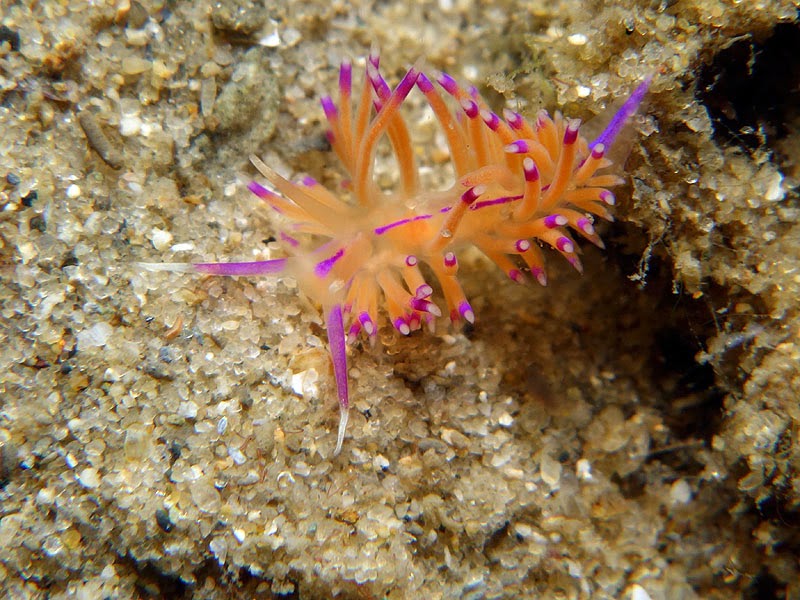 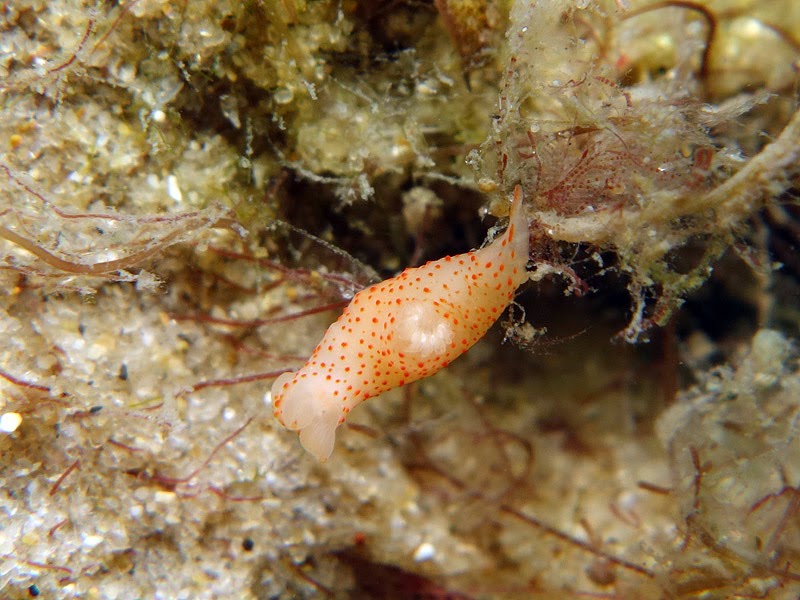 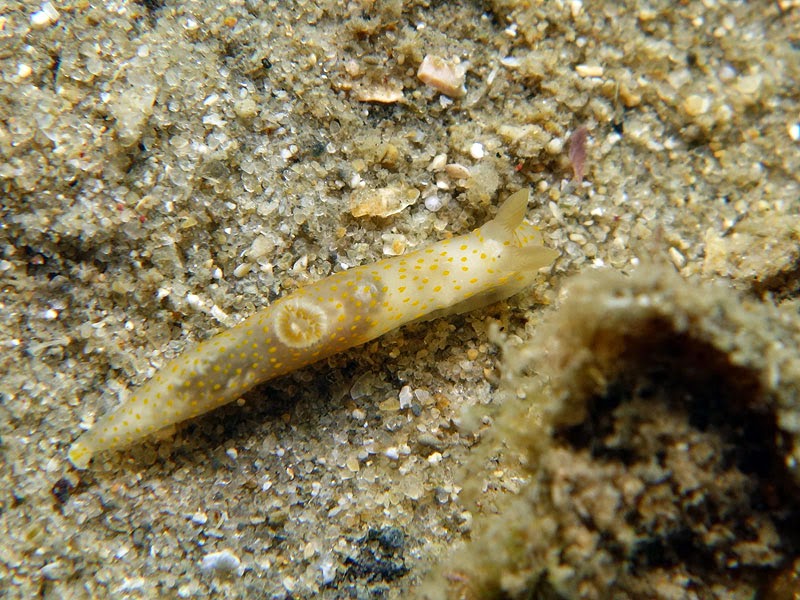 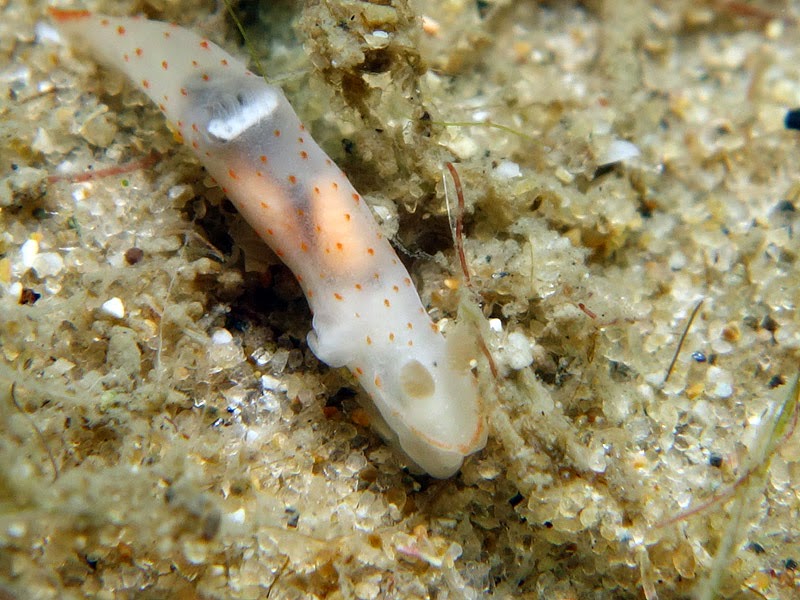 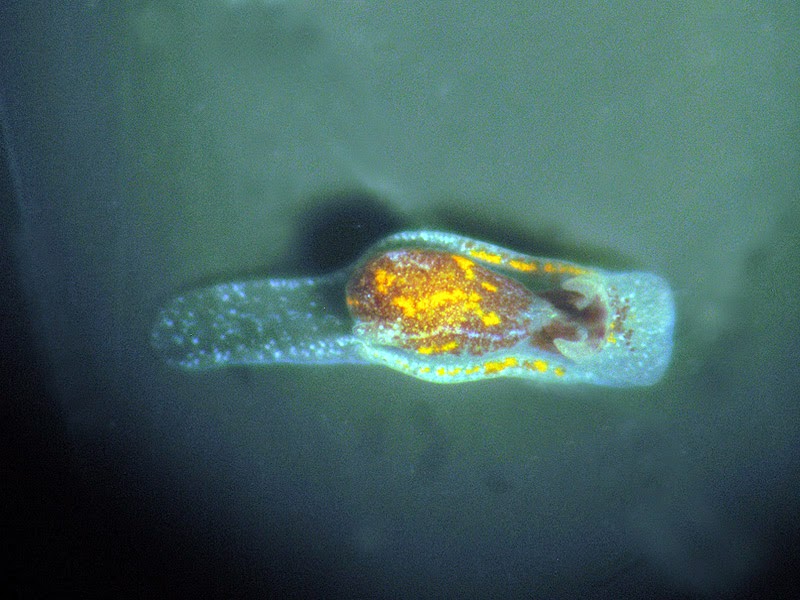 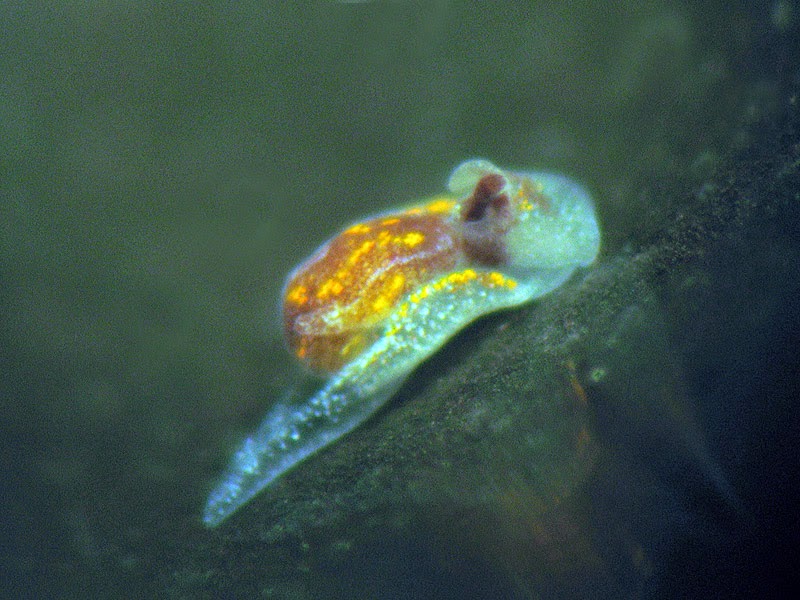