A beach walk by Terry and Julie of 90 minutes.

What a way to start the New Year! Out checking for turtle tracks at 4.30am and collecting rubbish (of which there was a lot, rubbish that is, not turtle tracks), we noted that numerous amounts of bluebottles (Physalia physalis) were washed up on the beach, along with remains of jellyfish. However a squishy blob with red flecks caught our attention and it was quickly collected, identified as a nudibranch, washed and placed in water. Continuing our trek back to Moffat Beach, we chanced upon a second specimen which was also collected and placed in water.

This critter was a new find for our list. Research shows that they have been found washed up on shore after storms and bad weather, luckily our specimens were still alive. They are a nocturnal species and live buried in the sand. 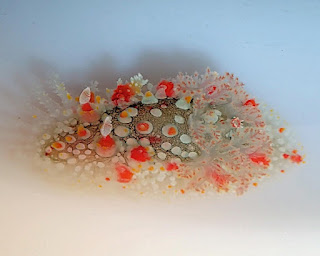 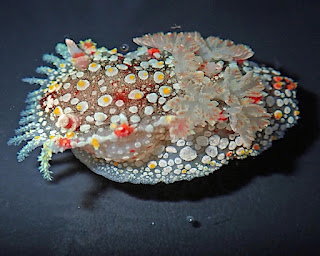 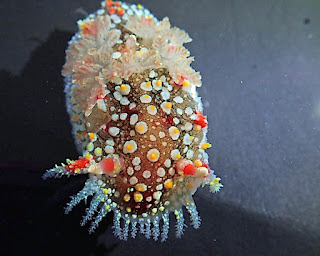