We scrambled for carparks and table space and still managed to make our entry on time. “Time and tide wait for no man” is the venerated axiom. The heavy swell outside is stirring up the sediment and the tidal current carries it in. The statement of 2 metre visibility is without doubt being generous but on a night dive it is hardly a burden. We all managed to keep together but the dim glow of our lights made it appear your companions were much further away, not just a mere body length distant. Going low and going slow is our mantra and we applied it no better to our benefit on that dive, for nothing would have been sighted otherwise. A new species to our list Eubranchus inabai was found but at the time we were not sure whether it was an anemone, a Cyerce or a Eubranchus, being quite small at 4 mm and deeply buried in the turf and silt. The Sebadoris fragilis at 160 mm in length certainly posed a problem for some of us given the choice of lens for the dive. Something has taken a considerable piece of its mantle but we doubt that it would have been palatable. A pair of 30 mm long Mexichromis nudibranchs were found feeding together. There is much confusion in the literature on the appearance of some of these, the original descriptions being so cursory and hardly doing justice to such beautiful creatures. It has features of both Mexichromis mariei and Mexichromis multituberculata. After much consideration we have decided that it is closer to M. multituberculata (and with the M. mariei recorded here on the Sunshine Coast previously being considerably different) but does not match it completely, so in order to keep it separated and at the same time ensure it is compared to that species we have decided on Mexichromis cf. multituberculata for now. 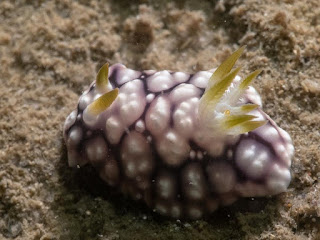 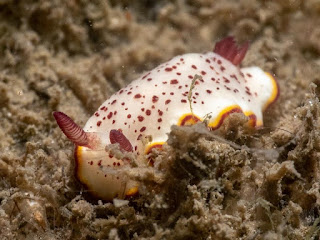 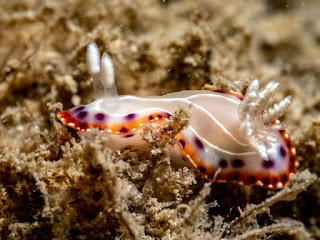 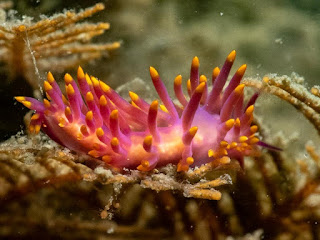 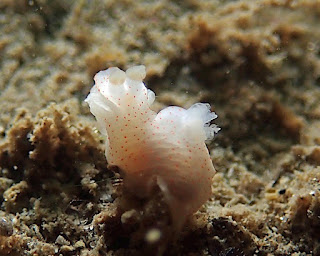 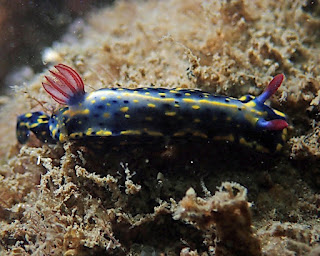 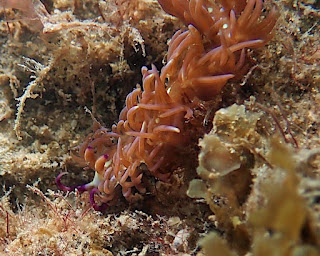 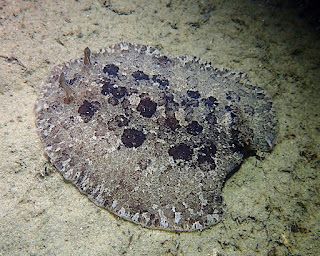 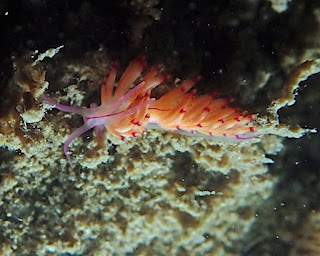 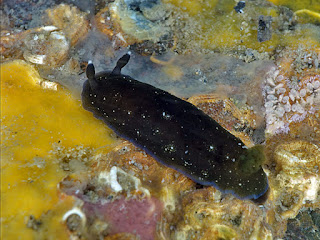 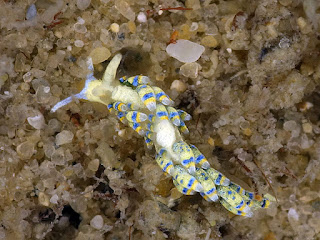 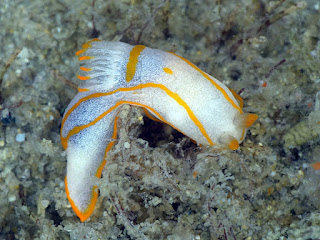 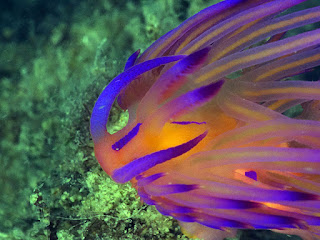 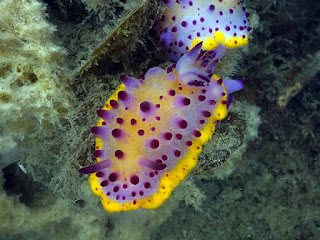 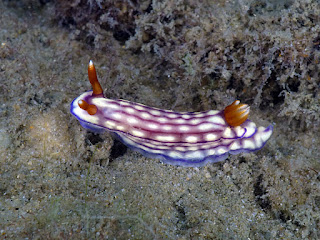 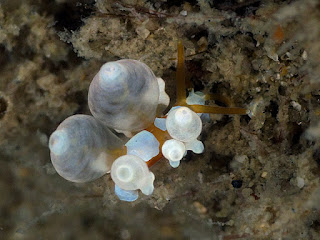 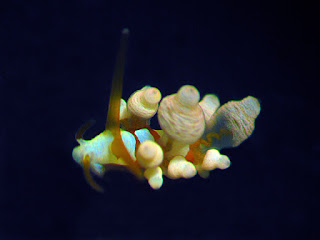 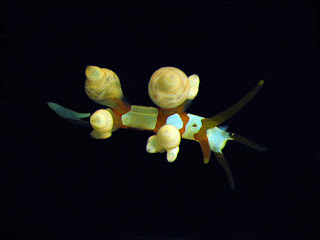